Here are some updated pics of the two females we have available. They are 12 weeks old and almost identical. Perfect for Christmas! Let me know if you know of anyone that might be interested! 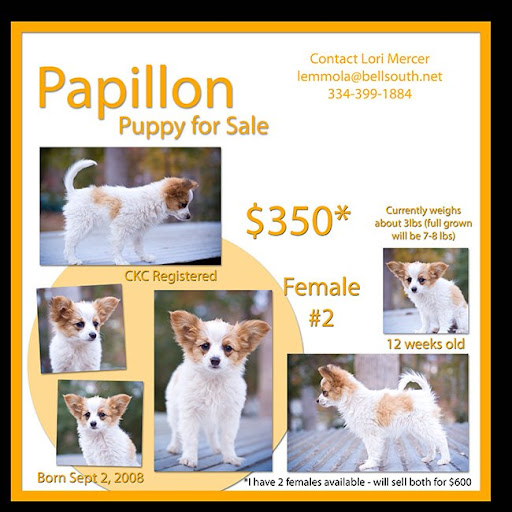 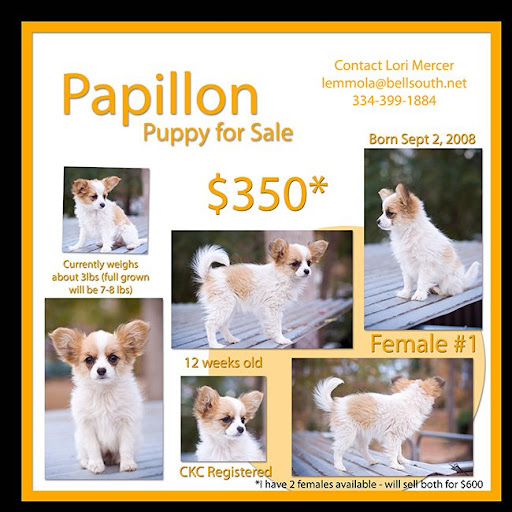 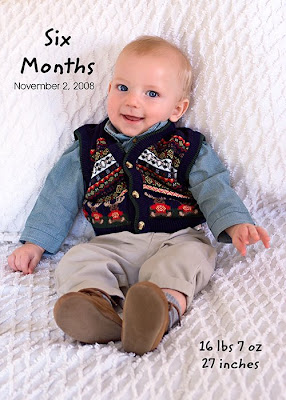 Six Months!! Can you believe it?? Just this time last year I was shocked by the news of my pregnancy and now I have a six month old?!? WOW! We are so blessed to have this little guy in our lives. He is such a joy and brings a smile to my face daily.

Over the past month he has really taken to solid foods. He eats like a champ! Where Katelyn started out barely eating one Stage 1 container of baby food this little man quickly told us that that was not acceptable and demands not only the Stage 2 version but on many occasions he wants TWO of them before he is happy!! He will also let you know the speed at which he prefers to eat - shove it in! He loves everything he has tried so far. The past month has primarily been vegetables but I just started some fruits with him this past week. I guess this new found love of eating is showing in his growth as he gained over a pound in weight and one inch in length over the past four weeks! He is still a pound lighter than Katelyn was at this age but I started feeding her a month earlier so maybe that accounts for the difference.

He is rolling over both ways and starting to show some interest in sitting up but with his long torso this is proving to be a challenge. He is not really crawling yet but he definitely has figured out how to move around. Whenever I put him on the floor he always ends up quite a ways from where he started. Blowing raspberries is his latest trick and makes him laugh. I think he has figured out that he loves to be held and is learning how to get picked up by really pitching a fit when you put him down. That sure doesn't help me get things done around here! He LOVES the bath tub and just kicks his legs and splashes when I put him in there. Katelyn also shares the same love for a bath and they have a wonderful time in there together!

We go for his 6 month checkup on Monday so I'll get his official stats then. 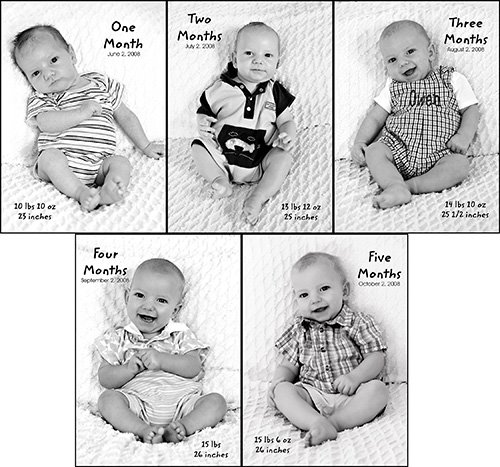 This year Katelyn was a princess ballerina. I found the cutest French Fry costume from Pottery Barn that would have been perfect for Katelyn but she wouldn't do it - it was the year of the princess! She even got to wear makeup (not shown in the picture below). She was just beautiful! 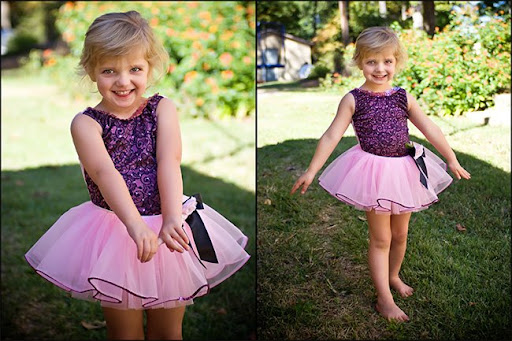 Owen played a dual role as a frog (when the temps were warmer) and a monkey (during cold weather). Okay, so I couldn't decide! :) He rocked them both! 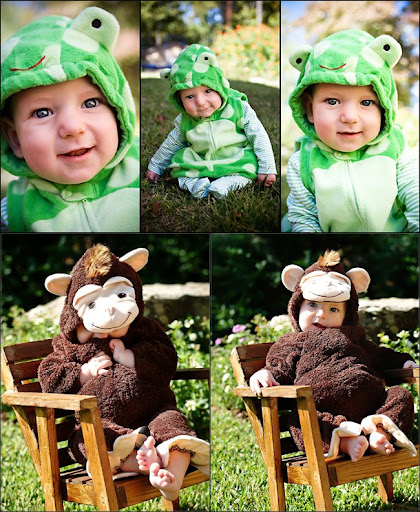 It was a week long celebration for us. It started on Tuesday when they got to dress up for Kindermusik. Thursday evening we went to Edgewood Academy's Fall Festival. This was the festival where Katelyn's chicken costume won second place in 2006. Pippi Longstocking, Yoda, and Red Riding Hood won the contest this year. 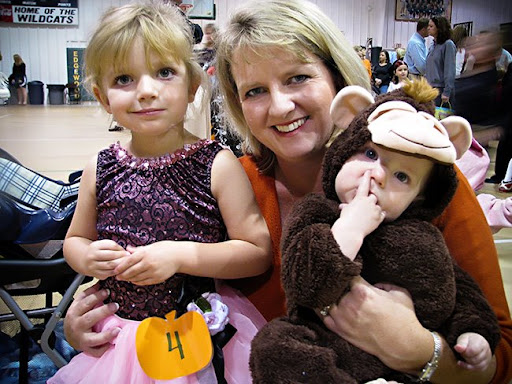 Katelyn had a great time playing all the carnival games. 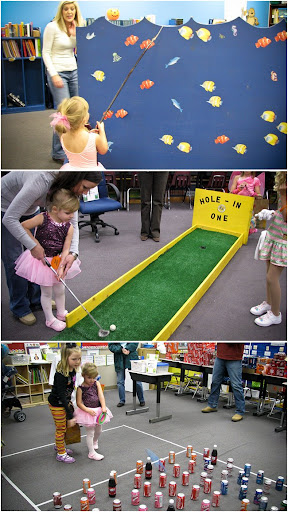 On Friday morning we went to the Harvest Festival at FBC (Katelyn's school). They watched "Farmer Collins" carve a pumpkin, learned about the life cycle of a pumpkin and planted some seeds, enjoyed snow cones and face painting, went on a hay ride, and played in the pumpkin patch. It was a fun day with her friends. 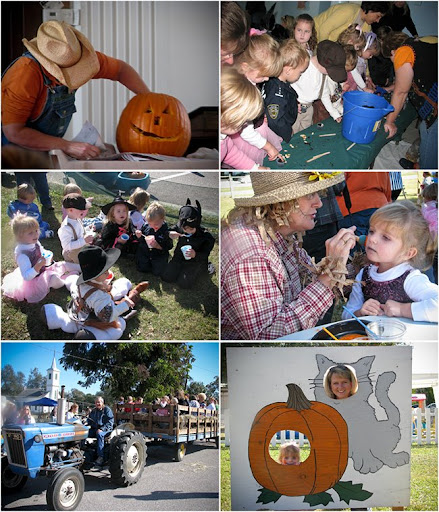 That afternoon the kids and I took a quick trip to Alex City to surprise Pop and Nana at their workplaces. They really enjoyed showing off the grandkids! :) By Friday evening we were all worn out and definitely tired of being in costume! We went to the home of Michael and Marcilla Gross to celebrate the upcoming wedding of our friend Stephen Brumbaloe and his fiance Kelly Falany. Katelyn got to experience "trick or treaters" coming to the door for the first time and she really enjoyed that. We don't get many "trick or treaters" in our neck of the woods!
Posted by Lori Mercer at 4:41 AM No comments:

We got our pumpkins at the Grand 'Ole Pumpkin Patch in Clanton earlier in the month and Katelyn just couldn't wait to carve them! I made her wait until the week before Halloween because I knew if we didn't they just wouldn't last. When the day came she was so giddy and excited! She DID NOT like cleaning out the pumpkin however! 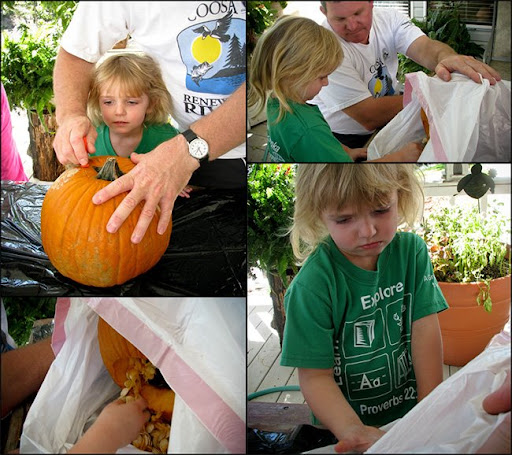 We used one of those template kits from Wal-mart this year and those are just GREAT! I loved the way our pumpkins turned out. 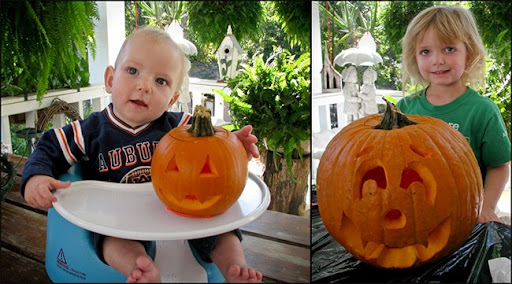 Here that are at night - aren't they cute?? 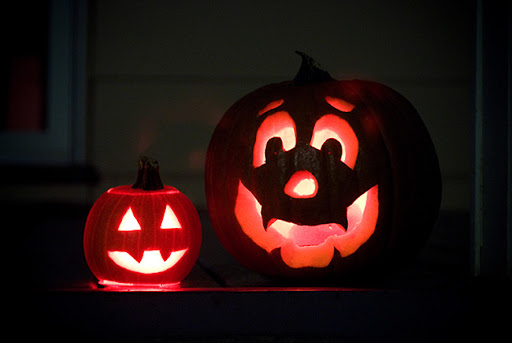 Posted by Lori Mercer at 2:10 PM No comments:

Owen looked so precious in a little sweater vest last Sunday that I just couldn't resist snapping a picture while at Frazer! He looked like such a big boy! I think he felt it too because he was all smiles that day as we carried him through the church. 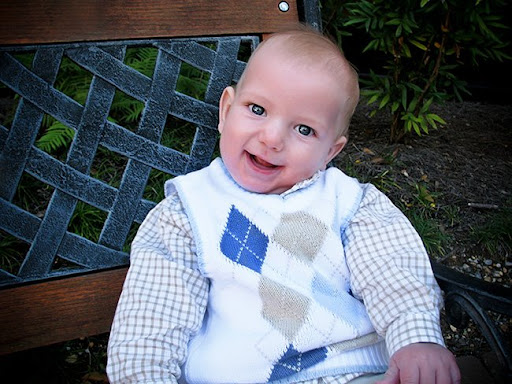 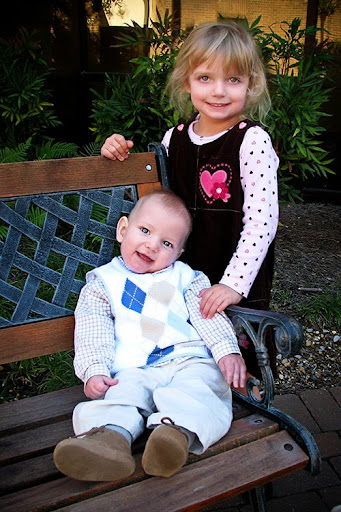 Posted by Lori Mercer at 6:36 AM No comments:

Yippee - Owen is trying to sit up! He's not quite there yet but it won't be long! 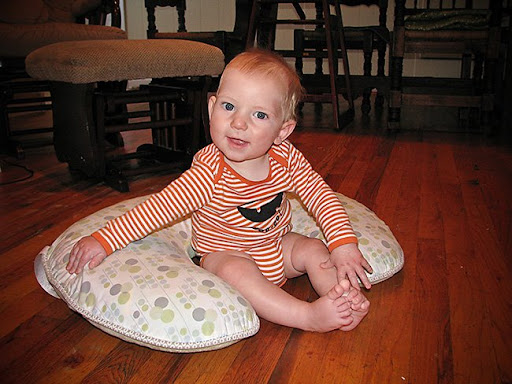 Posted by Lori Mercer at 6:23 AM No comments:

It was a beautiful Tuesday morning in October and we met our friends Wendy, Kinley & Hilton for a run through the zoo. Kinley and Katelyn are just two peas in a pod! They are so cute together! The monkeys and elephants were the standard favorites. The park was decorated for Zoo Boo so there were some neat displays throughout the zoo. It doesn't matter how many times we go to the zoo it is always a fun time! 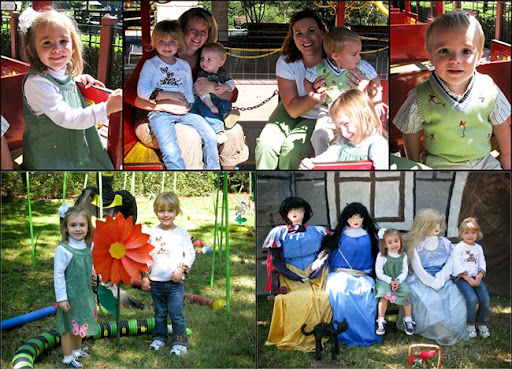 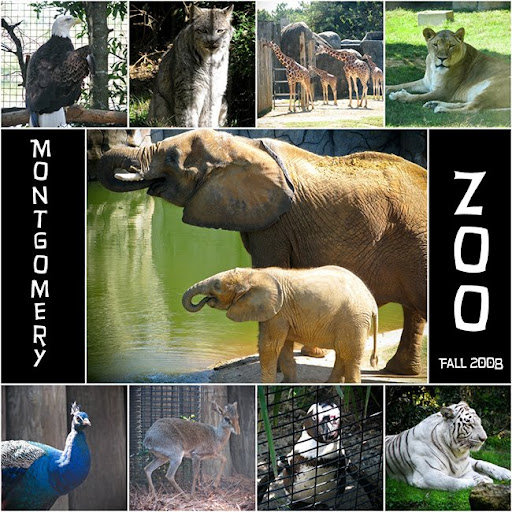 Posted by Lori Mercer at 6:15 AM No comments:

Sweet Ansley turned two a couple weeks ago and we were so excited to get to attend her Minnie Mouse birthday party! Katelyn had a great time playing with Ansley's cousins and friends. 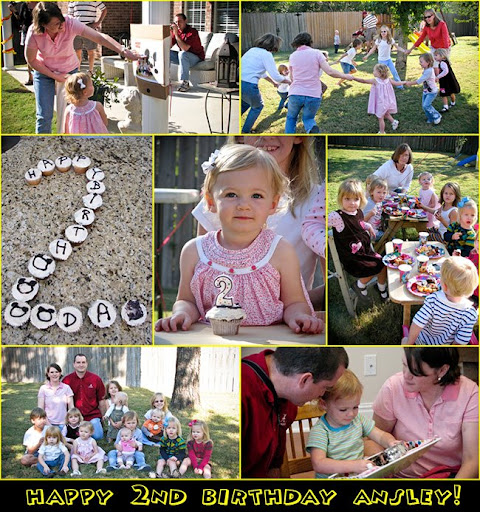 Click HERE to see the rest of the images.
Posted by Lori Mercer at 5:33 AM No comments:

A couple weeks ago Katelyn, Owen, and I took a quick trip to Clanton to the Grand Ole' Pumpkin Patch. It was a beautiful fall day and we had such a wonderful time. There were inflatables, pony rides, a petting zoo, and a hayride to the pumpkin patch. The kids were even somewhat cooperative to my insatiable desire to photograph them and everything else! :) Here are merely a few.... 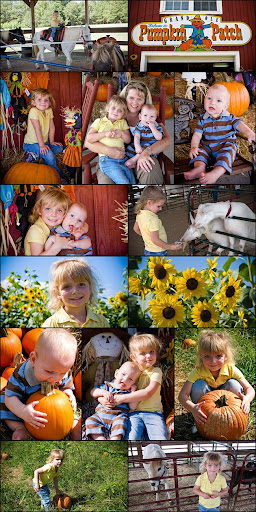 Of course, there are more! Click here to see the rest...

Posted by Lori Mercer at 5:10 AM No comments:

Lori Mercer
I am a natural light on-location photographer specializing in children and families. I also love to photograph events such as birthday parties to help capture the moments and relieve some of your stress from the day. For more information feel free to contact me by email at lemmola@bellsouth.net or by phone (334)399-1884.